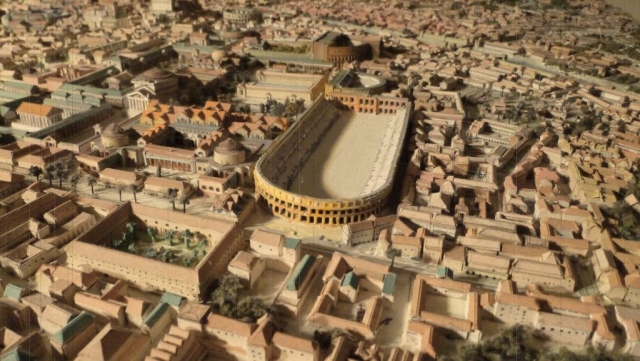 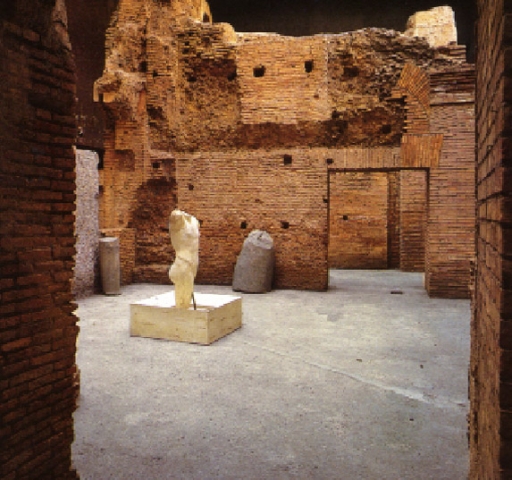 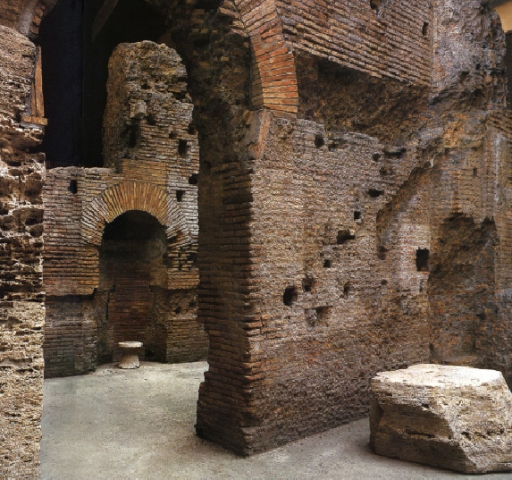 Piazza Navona resembles the old Domiziano Stadium with its shape.
The stadium was an enormous structure, capable of accommodating about 30,000 viewers, with a 240 meter long and 65 meters wide track in which athletic competitions took place. Piazza Navona occupies the space of the arena, and all the buildings that face it stand on their foundations on the ruins of the stairs.

The stadium was the first masonry sports building built in Rome. He made it the third emperor of the Flavian dynasty, Domiziano, in the 86th c. The stadium remained in operation until the fifth century.

An underground environment is accessed where you can observe the structures of the stadium, including arcades on pilasters and brick radial arch walls.
The stairs leading to the top of the stairs are still visible.

At some points there is still the stucco covering some walls of the stadium.

This website uses cookies to improve your experience while you navigate through the website. Out of these, the cookies that are categorized as necessary are stored on your browser as they are essential for the working of basic functionalities of the website. We also use third-party cookies that help us analyze and understand how you use this website. These cookies will be stored in your browser only with your consent. You also have the option to opt-out of these cookies. But opting out of some of these cookies may affect your browsing experience.
Necessary Always Enabled
Necessary cookies are absolutely essential for the website to function properly. This category only includes cookies that ensures basic functionalities and security features of the website. These cookies do not store any personal information.
Non-necessary
Any cookies that may not be particularly necessary for the website to function and is used specifically to collect user personal data via analytics, ads, other embedded contents are termed as non-necessary cookies. It is mandatory to procure user consent prior to running these cookies on your website.
SAVE & ACCEPT